So you may be asking what type of software do I use to create 3D art?

Also how easy is it to get into making art on the computer?

Well I might just have an answer that will show you it’s not as expensive as you may think. I have been using a program called DAZ Studio, produced by DAZ3D, since 2006 and the latest iteration is probably the best in it’s class for creating super realistic artwork. What’s more it’s completely free, yes free!

It will work on both a PC and a Mac. I would generally recommend that you have as much RAM as you can afford as the more you have the more the whole thing will go just a bit quicker. The other consideration is that it’s recommended that you have a good Nvidia graphics card, this is if you want to get the best out of the inbuilt Iray renderer, I’ll explain more in a bit. But you can use it without a dedicated Nvidia card as it will use the main computer’s CPU instead, but without getting too technical this just means that performance will suffer somewhat.

There is another renderer included called 3Delight, but this is older tech and not up to getting the super realistic results like Iray. More about that later.

So begin by downloading DAZ Studio by clicking here. Once installed you will have made the first big step in creating digital art. Please at the foot of the DAZ Studio register page for your computer’s minimum requirements.

DAZ3D have been around since 2000 and are renowned for creating excellent quality human characters. These characters come in the form of female and male versions known as Victoria and Michael. At present they are on their 8th iteration and are extremely poseable. They come with very detailed skin textures and can be supported by a whole wealth of clothes, props, hair and add-ons all purchased through their website. In 2005 they began developing DAZ Studio. 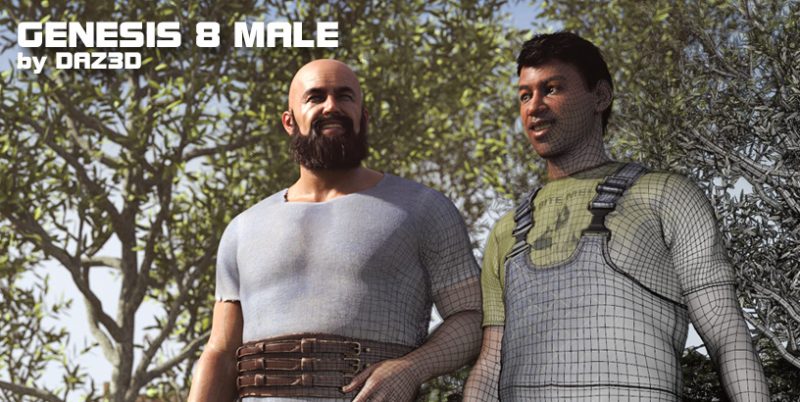 Initially DAZ Studio can be a little daunting like a lot of new software, especially if you don’t know where to start. Luckily DAZ Studio comes with DAZStudio Home with access to a user guide, training videos, scene builder and more, all of which will help you get started. I would say that using DAZ Studio really depends on just what you really want to create. You might just want to do portraits of characters, or create still life, or generate landscapes, or have some kind of story you want to portray. There is also a function to create animations so you can start to make movies. It’s all up to you.

Pretty much every conceivable style or genre can by catered for through purchasing content on the DAZ3D online store. Most content is extremely affordable and generally doesn’t go above $30 and most below $20, even as little as $1.99. 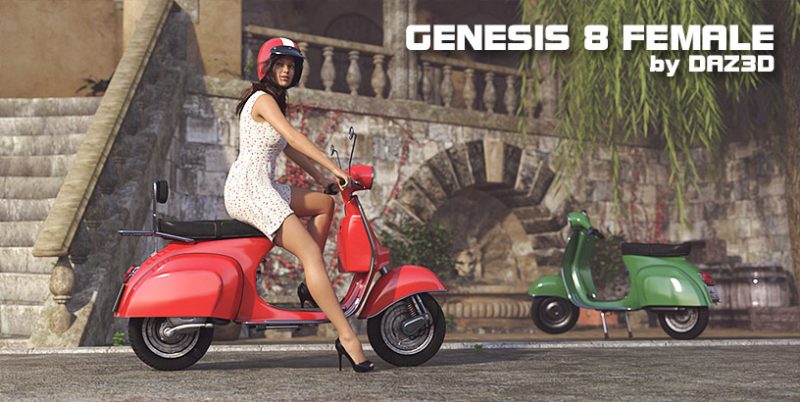 Treat DAZ Studio as you would any piece of art material when preparing to create your artwork. It’s just another canvas. It’s all about your imagination.

Now one thing that I personally enjoy tremendously is the ability to get almost lifelike results from Iray, DAZ Studio’s inbuilt renderer that is developed by nvidia. A renderer is the process of calculating all the elements in your scene, such as lighting and materials, and generating an image from it. Iray was included in around 2006 and for me it was a game changer. It offered near real world results with accurate lighting and shadows. 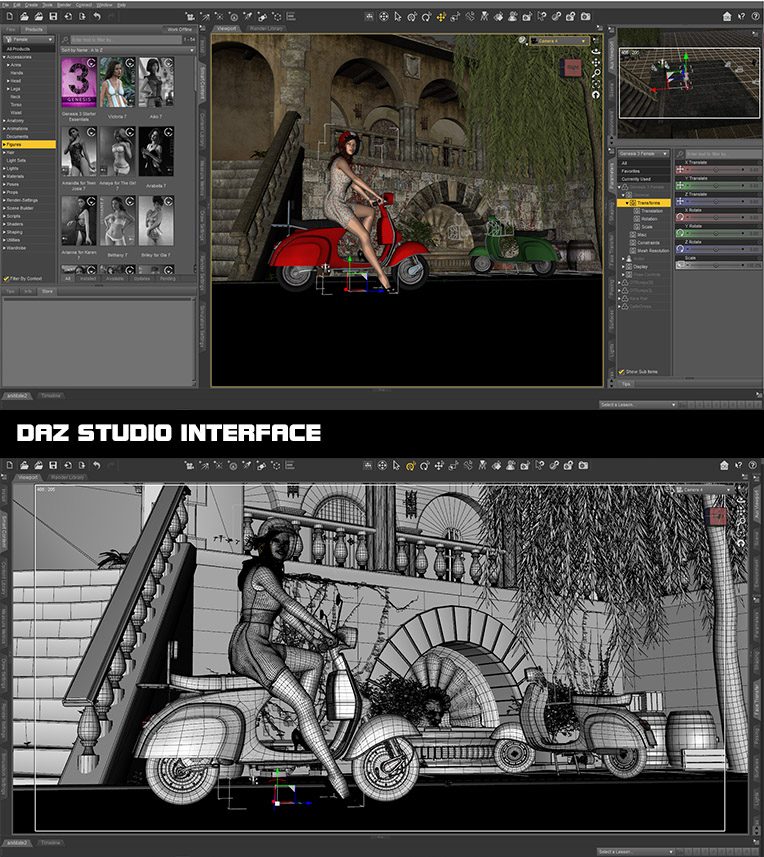 The other renderer also included is 3Delight and has been part of the software from the beginning. I’m mentioning it here because there is still a lot of content out there that caters for this in terms of how they were originally built. But DAZ3D have said that in most cases the older content will still render reasonably well in Iray. But for the new user I would try to only use Iray from the outset.

The new version of DAZ Studio is set up by default to use Iray and you will not really have to do much at all just to get started. In general most of the new content you will get will be set up for Iray from the outset. For those of you that are keen to get under the hood and tinker with settings then you can. As there are wealth of functions and tools for realistic cloth and hair, plus the ability to create your own content with inbuilt rigging and morph tools.

Anyone who loves computers and has a passion for art has to get DAZ Studio. It’s easy to use for the most part and highly rewarding when you see the results you can achieve.

For more learning checkout out the following websites and channels below:

Products used in the images included on this page are as follows:

View basket “Egyptian Fantasy Bath House” has been added to your basket.