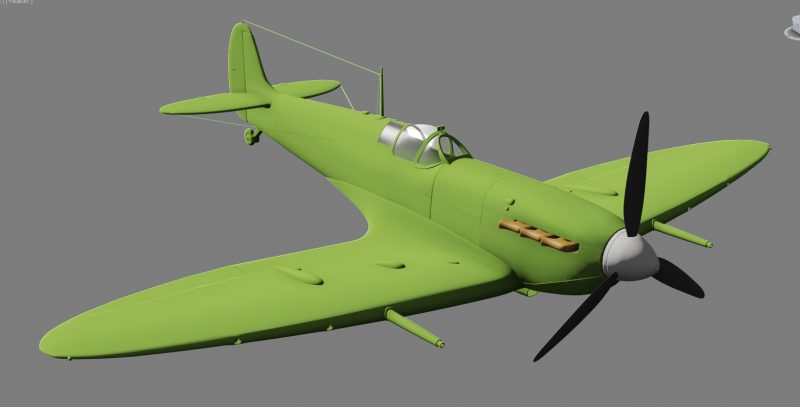 Well this was a long time coming my take on the famous Supermarine Spitfire Mk V. Just can’t wait to get this one finished. These are work in progress images. The adding of textures will be a few weeks away I would imagine.

I decided that this mark was a good one because I could in essence add some add-on features belonging to other marks that precede and follow this one. So I’ll see how that goes. I will also attempt to add the tropical version that flew in Africa and the Med. 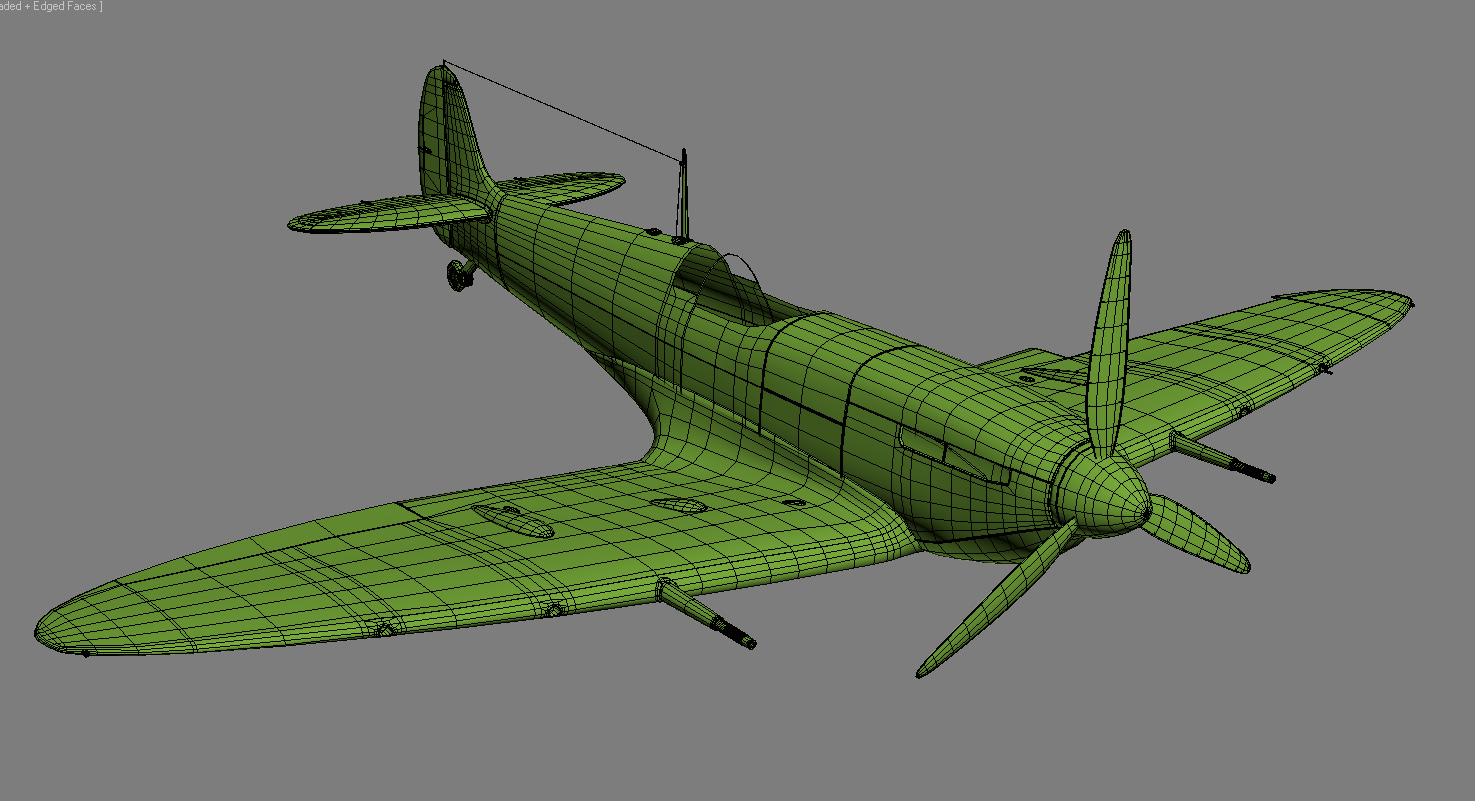 Just about finished with most of the upper half. Still needing to add wheels and some more detailing underneath such as radiator fans etc. Then it’s the cockpit which is quite a bit more work, but fun all the same.

In my past I was in the RAF and stationed a RAF Coningsby for 5 years which was the home of the Battle of Britain Memorial Flight. It was a real honour to spent a happy part of my life there. Every weekend the welcome sound of Merlin engines roaring above was truly amazing, definitely far better than those noisy Tornadoes we’d have to put up with Monday to Friday.

Hoping that I can finish off this project in the next few weeks as I also have lots of other work on in the meantime.

More reading on the Spitfire Mk V can by found here. There is also a page at the RAF website about the BBMF found here.

Here’s a photo of me (back left) and the lads of the dog section at RAF Coningsby in 1991. At the rear is the Avro Lancaster (City of Lincoln). This plane was built on 31st May 1945 just after the war in Europe came to an end. I have already made a tentative start on building this in 3DS Max. So I hope to have this project done later in the year to complement the Spitfire Mk V.