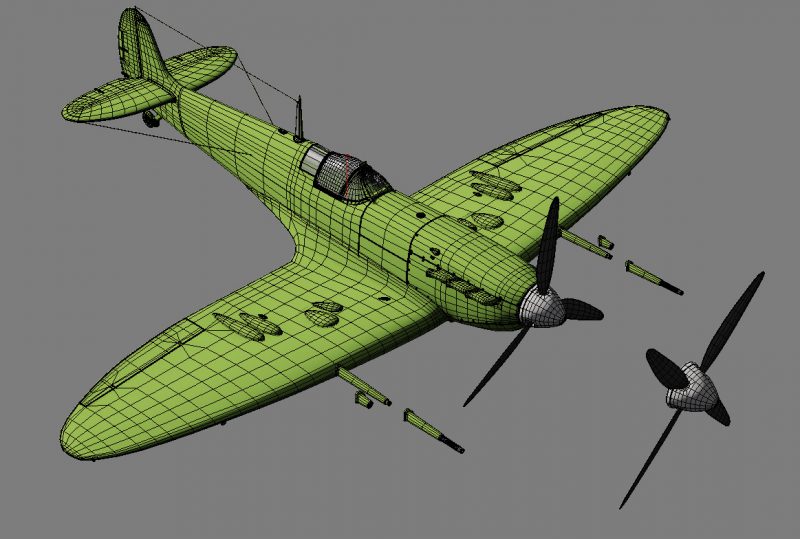 With the latest model I’ve been making, the Supermarine Spitfire Mk V, it occurred to me just how much I love working on these projects for a living. Not only does it fulfil my creative need and offers many sorts of problem solving when assembling 3D models from scratch, but one aspect of this vocation of mine is research.

Just about every single project starts with me trawling Google for just about every conceivable photographic reference, plans or blueprints. I read up on each related topic using sources such as Wikipedia. So this all has a very positive affect in broadening my knowledge of so many different subjects.

Case in point the Spitfire had me thinking about how I could take the Spitfire Mk V and then offer different options on the final model. So that it’s possible by changing various sections to create a different version of the Spitfire.

Since the introduction of this aeroplane in 1938 it went though many changes in every attempt to be a better version than the previous one. This was an effort to outmatch the Germans and so give the allies a better edge. In the end there were 24 separate versions of the Spitfire which ended production in 1948. 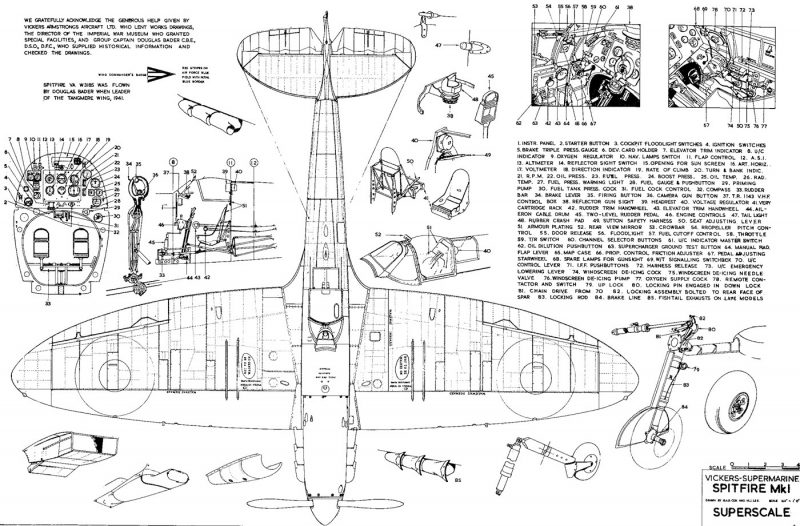 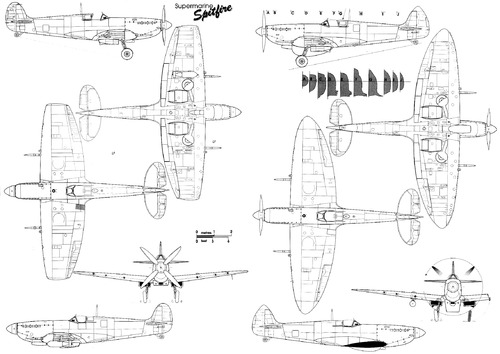 So my task has had me studying what I could do to work out just how I take the Mark V and say make a Mark 1 or a Mark VIII. Although in essence the Spitfire in the early Marks didn’t change too much with general appearance. This is where knowing how to build a 3D model for such a purpose needs careful planning and much needed research.

I found a great resource at http://spitfiresite.com/ and I have to say that I learnt such a lot. Although in general many of the earlier marks didn’t change a whole lot by appearance. When the Rolls-Royce Merlin engine was upgraded from the Merlin II to the more Merlin 60, 70 and 100 the outward evidence showed a change in exhausts from 3 each side of the nose to 6.

However with the introduction of a more powerful engine handling needed upgrading and thus areas of the mainframe was changed. So I began looking to those particular parts to reflect those changes. There are three particular considerations I took into account those being the nose, the tail-plane and the wings.

The canopy stayed pretty standard for a little while and what I finished up modelling could serve for a few different marks.

So for the moment I have added options to change armaments such as 8 x 303 machines, or 4 x 303’s and 2 x Hispano 20mm Cannons, or 4 x Cannons and 4 x 3003’s. So planning this 3D model I decided not to model in the 303 gun ports because I needed some flexibility with the armament layout. Instead I’ve opted to apply transmapped openings for each.

For the remainder of the bodywork I have interchangeable wing blisters, 2 x separate tail-planes, a clipped wing option, 2 x exhausts, 3 and 4 bladed propellers, a long and short nose section and also an extended air filter section found under the nose which was used on the tropical variant. There are a couple of different styles of wheel too as different versions had either 3, 4 or 5 spokes to their wheel hubs. All these added options will eventually be part of the rigging to be used in DAZ Studio so that a user will be able to slide a dial and for instance change a Mark I to a Mark VIII.

The last area to look at is all the different markings, squadron assignments and aircraft numbers. This is an area that is not so well documented from what I found so far, particularly matching up those aircraft flown in the Battle of Britain by matching planes to squadrons and pilots. There are examples out there but usually show the same few results. So this needs more research on my part.

This just shows a small glimpse of my processes when considering and executing making 3D models and I have to say is highly enjoyable.